Weis Met With The Wrong Gangleaders 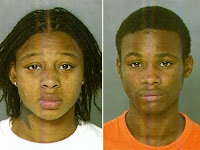 Like a lot of people, the headlines and stories in the newspapers and on the TV news sounded impressive. Police Superintendant Jodie Weis tells gang leaders they will be held responsible for the mayhem their members are creating on the streets. But once past the headlines and given the opportunity to learn more about the meeting, my initial impression has quickly fizzled to hysterical laughter. You see, if I could have instructed Weis on convening a meeting with gang leaders, it is not the ones on the streets that I would have had sitting in a room. It’s the ones currently in jail who he should have spoken with.

Why? Because the message to inmates will quickly resonate amongst the criminal elements on the street. The message is quite simple. Kill someone on the streets and upon your arrival in jail, there will be someone waiting to kill you. Point blank. Jail and prison will no longer offer you a safe haven amongst your ilk.

Now in ordinary times, it is “unconscionable” for those in the position of leadership and law enforcement to send out that kind of message. But these are not ordinary times and thus extraordinary measures are needed. Because one of the underlying positions that our young people have taken is that they are not scared to go to jail. In truth, going to jail is seen by some of them as a badge of honor. But if one doesn’t make it out of the prison system alive to tell about it, then the message on the streets will be glaring. Going to jail will be akin to signing their own death sentence.

The first thing out of Weis’ mouth should have been that the prison industrial complex (yeah he should call it just what the activist have labeled it) is no longer concerned about the safety of inmates. If you are a 4-corner-hustler, we are going to house you with the members of the Mexican Mafia. If you are a Latin King, we’re going to house you with the Gangster Disciples. If you’re black, we’re going to put you in the same cell as the Skinheads. If you’re white, we’re practicing integration and putting you in the cell with the blacks. And if any of this leads to your losing your life, a limb or two or becoming someone’s girlfriend while in jail—oh well, you shouldn’t have been involved in that mess to begin with.

Now initially the murders won’t stop overnight. But then again, no new program will immediately stop the mayhem. But as the word gets out on the street that Pookie got 20 years for murder and he’s now in prison in Idaho where blacks can be counted on one hand, the message will slowly but surely resonate. Or let’s outsource our prisoners to jails in Mexico and other third world nations where water is a privilege and food not laden with bugs a rarity.

A second piece of the discussion Weis should have had is to have gone on television and announced that heads of households will now be responsible for the actions of everyone living under their roofs. So if you are the girlfriend and “yo’ man” is shooting up folks, when he goes to jail you’ll be going with him. If “yo’ baby” or “grandbaby” is committing heinous acts while bloodsucking off of you by living under your roof, you’ll share a cell with him or her. I could go on, but I’m sure you folks get my drift. Only when we take harsh actions can the message get out to those that normally don’t listen.

Now after reading this column, I hope you all know that I’m just being cynical. But there is a sliver of truth to what I’ve written. And that truth is that very few of our criminals when caught can maintain that bravado that they had on the streets. Yet far too often, their breakdown is not a subject for public discourse. When we make it such, the message will resonate louder than any public service announcement.

I was inspired to write this column after reading an article regarding 17-yr-old India Spellman from Philadelphia. She along with an accomplice is alleged to be responsible for the vicious murder of an 87-yr-old vet in his front yard. Her mug shot with one tear running down her face and her eyes reflecting deep thought for possibly the first time in her life needs the following caption; “I’m accused of a crime and now I’m finally scared cause I just realized my butt is on the line.”
Posted by Arlene Jones at 6:20 AM